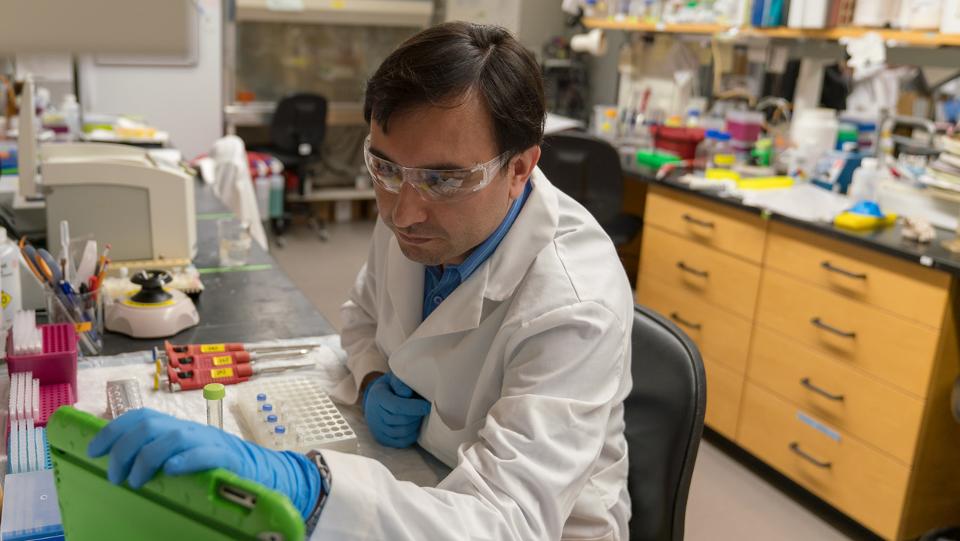 by adminmeltech
in News
Comments
Views: 2,310 Working from home is the new normal, at least for those of us whose jobs mostly involve tapping on computer keys. But what about researchers who are synthesizing new chemical compounds or testing them on living tissue or on bacteria in petri dishes? What about those scientists rushing to develop drugs to fight the new coronavirus? Can they work from home?

Silicon Valley-based startup Strateos says its robotic laboratories allow scientists doing biological research and testing to do so right now. Within a few months, the company believes it will have remote robotic labs available for use by chemists synthesizing new compounds. And, the company says, those new chemical synthesis lines will connect with some of its existing robotic biology labs so a remote researcher can seamlessly transfer a new compound from development into testing.

The company’s first robotic labs, up and running in Menlo Park, Calif., since 2012, were developed by one of Strateos’ predecessor companies, Transcriptic. Last year Transcriptic merged with 3Scan, a company that produces digital 3D histological models from scans of tissue samples, to form Strateos. This facility has four robots that run experiments in large, pod-like laboratories for a number of remote clients, including DARPA and the California Pacific Medical Center Research Institute.

“It starts with an intake kit,” he says, in which the researchers match standard lab containers with a web-based labeling system. Then scientists use Strateos’ graphical user interface to select various tests to run. These can include tests of the chemical properties of compounds, biochemical processes including how compounds react to enzymes or where compounds bind to molecules, and how synthetic yeast organisms respond to stimuli. Soon the company will be adding the capability to do toxicology tests on living cells.

“Our approach is fully automated and programmable,” Fischer-Colbrie says. “That means that scientists can pick a standard workflow, or decide how a workflow is run. All the pieces of equipment, which include acoustic liquid handlers, spectrophotometers, real-time quantitative polymerase chain reaction instruments, and flow cytometers are accessible. “The scientists can define every step of the experiment with various parameters, for example, how long the robot incubates a sample and whether it does it fast or slow.&rdquo

To develop the system, Strateos’ engineers had to “connect the dots, that is, connect the lab automation to the web,” rather than dramatically push technology’s envelope, Fischer-Colbrie explains, “bringing the concepts of web services and the sharing economy to the life sciences.”

Nobody had done it before, he says, simply because researchers in the life sciences had been using traditional laboratory techniques for so long, it didn’t seem like there could be a real substitute to physically being in the lab.

“It’s frictionless science, giving scientists the ability to concentrate on their ideas and hypotheses.”
Late last year, in a partnership with Eli Lilly, Strateos added four more biology lab modules in San Diego and by July plans to integrate these with eight chemistry robots that will, according to a press release, “physically and virtually integrate several areas of the drug discovery process—including design, synthesis, purification, analysis, sample management, and hypothesis testing—into a fully automated platform. The lab includes more than 100 instruments and storage for over 5 million compounds, all within a closed-loop and automated drug discovery platform.”

Some of the capacity will be used exclusively by Lilly scientists, but Fischer-Colbrie says, Strateos capped that usage and will be selling lab capacity beyond the cap to others. It currently prices biological assays on a per plate basis and will price chemical reactions per compound.

The company plans to add labs in additional cities as demand for the services increases, in much the same way that Amazon Web Services adds data centers in multiple locales.

It has also started selling access to its software systems directly to companies looking to run their own, dedicated robotic biology labs.

Strateos, of course, had developed this technology long before the new coronavirus pushed people into remote work. Fischer-Colbrie says it has several advantages over traditional lab experiments in addition to enabling scientists to work from home. Experiments run via robots are easier to standardize, he says, and record more metadata than customary or even possible during a manual experiment. This will likely make repeating research easier, allow geographically separated scientists to work together, and create a shorter path to bringing AI into the design and analysis of experiments. “Because we can easily repeat experiments and generate clean datasets, training data for AI systems is cleaner,” he said.

And, he says, robotic labs open up the world of drug discovery to small companies and individuals who don’t have funding for expensive equipment, expanding startup opportunities in the same way software companies boomed when they could turn to cloud services for computing capacity instead of building their own server farms.

Says Alok Gupta, Strateos senior vice president of engineering, “This allows scientists to focus on the concept, not on buying equipment, setting it up, calibrating it; they can just get online and start their work.”