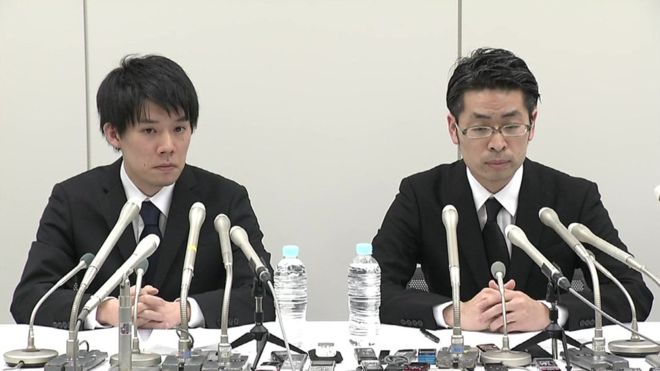 One of Japan’s largest digital currency exchanges has said it will refund most of the $534m (£380m) worth of virtual assets lost in a hacking attack.

Coincheck has promised to use its own funds to reimburse more than 46bn yen ($423m) to customers who lost their NEM cryptocurrency coins on Friday.

The Tokyo-based company suspended trading after detecting “unauthorised access” of its digital exchange.

Some 260,000 customers are said to be affected by the reported theft.

Coincheck said on Sunday that the amount it has promised to return covers nearly 90% of the 58bn yen worth of NEM coins lost in the attack.

After the breach was discovered on Friday, the company froze deposits and withdrawals for all cryptocurrencies except Bitcoin as it assessed its losses in NEM, a lesser-known currency.

The stolen Coincheck assets were said to be kept in a “hot wallet”, which is a part of the exchange connected to the internet, as opposed to a “cold wallet”, where funds are stored securely offline.

The company says it has the digital address of where the assets were sent.

As many as 10,000 businesses in Japan are said to accept cryptocurrencies.

In 2014 MtGox, another Tokyo exchange, collapsed after admitting that $400m had been stolen from its network.

What do we know about the hack?

Hackers broke in at 02:57 on Friday (17:57 GMT Thursday), the company said in a statement, but the breach was not discovered until 11:25, nearly eight and a half hours later.

“It’s worth 58bn yen based on the calculation at the rate when detected,” he told reporters at the Tokyo Stock Exchange.

Coincheck then looked into how many customers were affected and whether the break-in had been launched from Japan or another country.

“We know where the funds were sent,” Mr Otsuka added. “We are tracing them and if we’re able to continue tracking, it may be possible to recover them.”

Coincheck reported the incident to the police and to Japan’s Financial Services Agency.