Every Google Home And Google Assistant Command You Can Give Right Now. 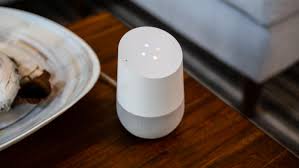 Every Google Home And Google Assistant Command You Can Give Right Now.

Google wants its every AI-powered voice assistant to spread to every corner of tech. As of today, you can find Google Assistant in a wide variety of smart speakers — from the original Google Home ($99 at Walmart) to the Google Home Mini to third-party options from companies such as JBL. You can find it in smart displays such as the Google Nest Hub (formerly the Google Home Hub). Google Assistant is built into every Android phone and you can download it as an app for iPhones. It’s even built into cameras, security systems and cars.

As Google Assistant becomes more omnipresent, the search giant behind it is doing a good job of continually expanding Assistant’s capabilities. Through Google Assistant, you can set timers, control lights and thermostats, play trivia games, watch YouTube or Netflix and more — all with simple voice commands. As the list grows, it can be tough to remember all of the many things Google Assistant can do.

Google has released a suite full of all the capabilities of Google Assistant. While it’s a seriously helpful website, to make the most of Google Assistant, you’ll still want to have an idea of what you want to do first. Then you can search the site to narrow down your options. As such, we’ve done our best to assemble and test everything we could think of. Below you will find the (almost) complete list of voice commands for the Google Assistant so far.

You can begin a conversation with the Google Home by simply saying, “OK, Google,” or “Hey, Google.” Summoning the Google Assistant on your phone or any other device with Google Assistant works the same way, but your account will know to only respond on one of the devices, even if both hear you.

The capabilities on all of Google’s speakers are the same, and even third party speakers offer almost all of the same features, so unless noted otherwise, assume the commands listed below for Google Home work for any Google smart speaker or smart display.

You and up to six family members can train Google Home to recognize your voice. The technology isn’t foolproof, so be careful before you allow Google to use your voice to verify purchases. Otherwise, Google can customize certain responses based on who’s talking. Ask about your calendar or your commute to work, for instance, and Google will provide an individualized response. 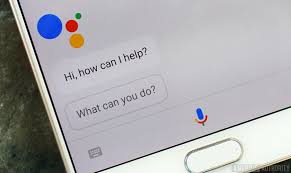 Even better, different family members can set different voices, and using voice recognition, Google Home will switch on the fly based on who’s talking.

The Google Home allows you to ask lines of questions that are connected. For instance, you could say, “Hey, Google, play ‘Lose Yourself to Dance.'” Then, “OK, Google, what album is this from?” Then, “Hey, Google, play that album.” Even though you aren’t using the name of the album, Google Assistant understands the context and supplies the answer.

Last year, Google added an optional feature called Continued Conversations. Once you speak a command to a Google Home speaker, it will complete the action and continue listening for another command for a few seconds or until you say “thank you.”

For instance, you can say, “OK, Google, what’s the weather?” After it tells you the weather, say, “What about tomorrow?” Then you could say, “Remind me to bring an umbrella tomorrow morning,” all without ever having to repeat the wake phrase. You can turn off this feature in the Google Home app if you don’t want the mic to stay active.

Google also recently enabled a new feature on Google Home which allows you to speak up to three consecutive commands in one sentence. For example, you can say things like, “Hey Google, play Hammock on Spotify and set the volume to 10” or “OK Google, what’s the weather and turn on the living room lights.”

Almost any of the above commands can be used together, but some commands will only work when phrased in a specific way. An undeniably easier way to make Google Home perform multiple actions at once, however, is to create a routine.

Much like Alexa, Google Home now has routines that can be triggered with a custom phrase or on a custom schedule. In short, you can create a routine that turns off the lights around the house, locks the front door, adjusts the temperature and plays soothing music when you say, “OK, Google, good night.”

Or you can have a routine that runs every morning on a schedule as an alarm that plays the news, turns on the lights, makes your coffee and creates a timer so you know when it’s time to leave the house.

If you live in a multilingual home, Google has also made it so Google Home speakers can understand two languages at once. You can currently choose a combination of any two of the currently supported languages: English, German, French, Spanish, Italian and Japanese.

Once set up, Google Home will then be able to respond to you in a different language on the fly, based on the language in which you originally spoke the command.

Note: You can now stop an alarm just by saying “stop.” You don’t need to use the wake words when your alarm is sounding.

Your Google Home can help you exercise, eat well, calm your mind and more. Check out all of the best Google Home commands for health, nutrition and fitness.

Google Assistant now integrates with Google Maps, allowing users to share destination info with others. It’s also capable of making calls, replying to texts, controlling music, and searching for destinations through voice commands, all within the Google Maps app.

Google Home now works with more than 10,000 devices and over 1,000 brands, including August, Lifx, TP-Link and more.

A recent update made it so assigning your Google Home speakers to rooms makes them smarter about how they control the smart home devices in that room.

Google Home can interact with your phone in a number of ways. It can place calls to anyone in your contacts list, find your lost phone and even stream music from your phone via Bluetooth.

Android users can now access voice commands for Google Assistant, even when the device is locked. In the past, this option was only available on Pixel 3 handsets.

To use this feature, tap the Explore icon in the top right of the Google Assistant app. Next, tap the three vertical dots in the upper right corner, and hit Settings. Then go to Assistant > Assistant devices, and pick your phone.

Within that menu, turn on Access with Voice Match and Lock screen personal results.

If you have more than one Google Home speaker in your home, you can broadcast messages to all speakers (except the one you give the command to) using one of the built-in commands. Or you can create your own broadcast message. Plus, people can now reply to broadcasted messages.

Last year, Google rolled out what it calls Actions for Google Assistant. These are third-party services and integrations that work much like Alexa skills, except you don’t have to activate them one by one. Actions are enabled by default.

You can find the full list of Actions in the Google Home app by going to More settings > Services. You will also find sample invocations there, which will tell you how to interact with the different services available.

Stop robocalls to your phone for good: Help is on the way to keep your phone from constantly ringing, but there are steps you can take right now.