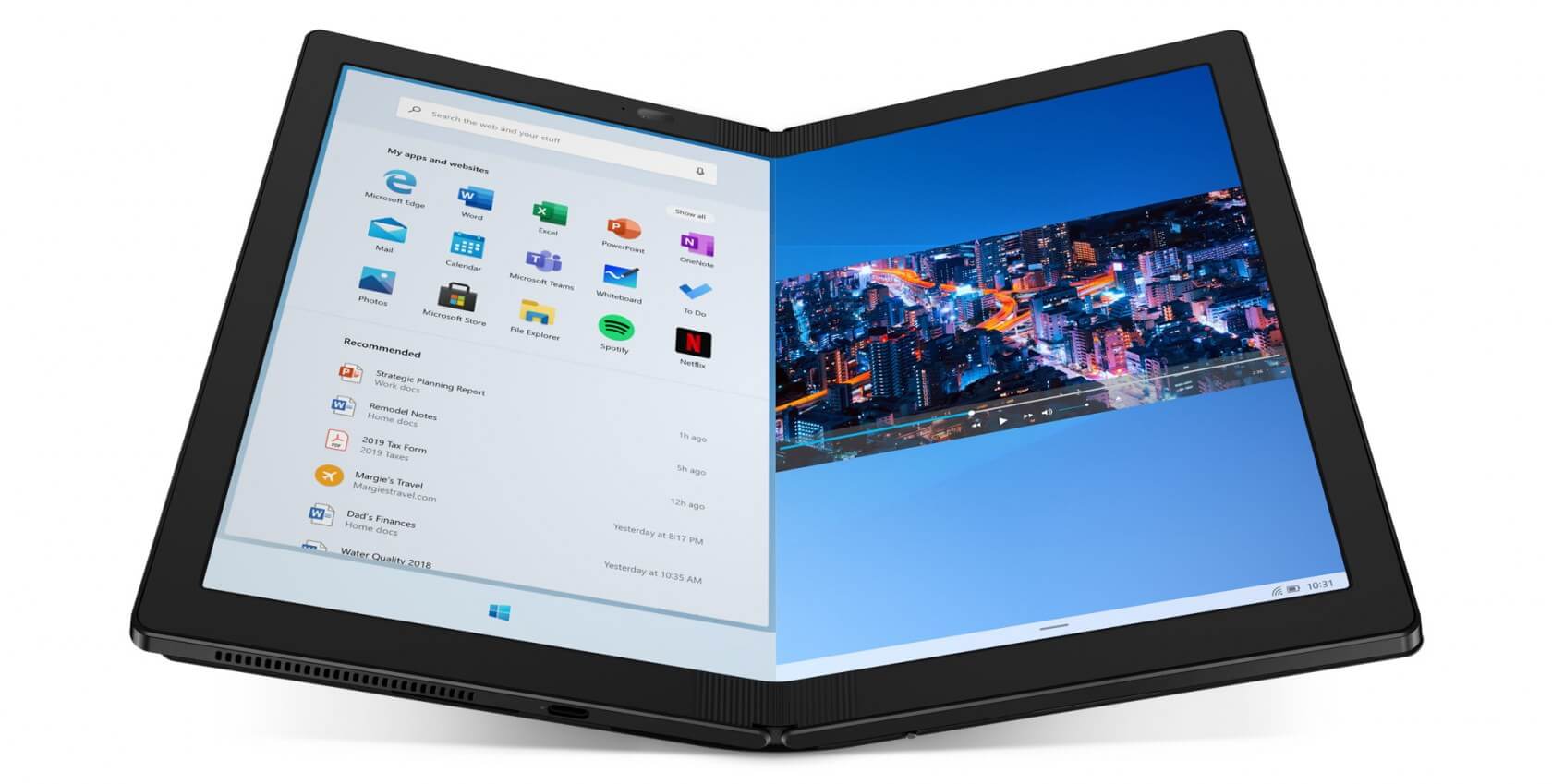 Folding-screen devices are all the rage nowadays, and it isn’t hard to see why. Many such gadgets aim to strike a balance between traditional smartphone, tablet, or even laptop form factors by allowing users to switch between them at will. Samsung hopped on board this train with its controversial Galaxy Fold smartphone, and Lenovo followed suit with the announcement of its ThinkPad X1 Fold last year.

Unfortunately, Lenovo wasn’t willing to shed much light on the X1 Fold’s hardware specifications or unique features in its initial reveal. We got a glimpse of its overall design, and we knew that it would come in at about 13.3″, but that was pretty much it.

That changed with the ThinkPad X1 Fold’s CES 2020 showcase today. At the event, Lenovo revealed the device’s price tag, release window, unique features, OS info, and more. Before we get into that, a brief recap for those who aren’t up-to-date on the X1 Fold’s progress: the device is, according to Lenovo, the world’s first fully-functional folding PC with an OLED display. As you’d expect given the name, the X1 Fold can morph between a fully-flat, tablet-like device and what is essentially a mini laptop (and various other shapes in between). Which mode you might benefit from the most will likely vary over time.

There may be scenarios where you’ll prefer the extra space that full-screen use offers, but other situations might demand a folded, dual-screen approach. No matter what form factor you prefer, the X1 Fold will ship with its own stylus for note-taking, doodling, or even full-on digital art.

Some of the use cases for a folding display include, say, watching a lecture on one “screen” while taking notes on the other, or folding the device slightly to read a few chapters of your favorite novel like a traditional book.

In the business world, you could even participate in a video call with the top half of the device, and manage a presentation in the bottom — it’s up to you, Lenovo says.

The X1 will release with optional 5G connectivity and a full version of Windows 10 — there’s a reason Lenovo is calling this the first “fully functional PC with a folding OLED display.” Support for Windows 10X will likely arrive at a later date, for an “enhanced” foldable experience.

The X1 Fold is made up of carbon fiber, “lightweight alloys,” and a “luxurious” leather cover, all of which should make the gadget pretty sturdy (though we still don’t recommend dropping it). The cover also gives it a notebook-like aesthetic, which was probably intentional on Lenovo’s part.

In terms of specs, Lenovo is continuing to remain surprisingly tight-lipped. We know it will run on Intel processors with the chipmaker’s Hybrid Technology, but specific CPU models, storage and RAM configurations, and even the X1’s screen resolution are still up in the air.

The device is not available for pre-order yet, but when it is, you’ll need to shell out a whopping $2,499 to grab one. For that price, we certainly hope the specifications don’t disappoint — it’s a bit unlikely that the X1 Fold’s form factor alone will be enough to justify such a high price tag.