Why Coding Is Still The Most Important Job Skill Of The Future – Enroll @ MEL-Technologies Now. 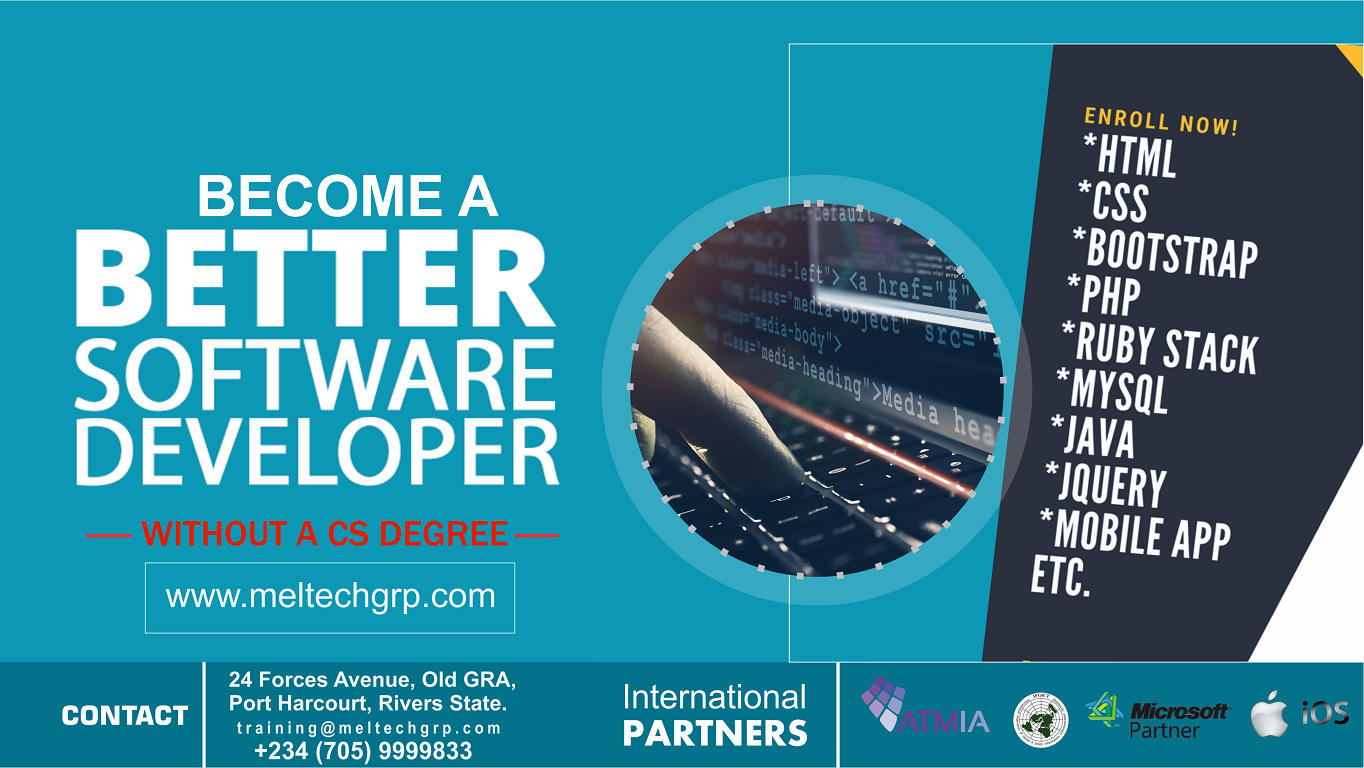 Why Coding Is Still The Most Important Job Skill Of The Future – Enroll @ MEL-Technologies Now.

Seven million job openings in 2015 were in occupations that required coding skills, and programming jobs overall are growing 12% faster than the market average.

However, a new report from Burning Glass, a job market analytics firm, found that there were as many as 7 million job openings in 2015 in occupations that required coding skills. They also found that programming jobs overall are growing 12% faster than the market average.

This last finding is the result of researchers broadening the scope of their analysis to include coding skills across five major job categories:

The skills were defined as using a computer program to write instructions to a computer as opposed to using established applications. The researchers looked at programming languages including JavaScript and HTML for building websites, statistical programs R and SAS, AutoCAD programs for engineers, and other all purpose programming languages such as Java, Python, and C++.

More On Tech And The Future Of Work

These Are the Tech Jobs with the Highest Salaries

The report used data drawn from 26 million U.S. online job postings collected in 2015 and other data from the BLS. It looks at the job market demand for coding skills in order to reveal the specific jobs and skills that employers are seeking.

One major revelation: Half of all programming openings are in industries outside of technology. Among them:

As a result, coding has become a core skill that bolsters a candidate’s chances of commanding a high salary. Burning Glass researchers found that jobs that require coding skills pay up to $22,000 per year more, on average. “For students looking to increase their potential income, few other skills open the door to as many well-paying careers,” they write in the report. Nearly half (49%) of all jobs that pay more than $58,000 require some coding skills, according to their analysis.

What’s most in demand? The report found that the highest demand was for programming languages with broad applicability. Other skills in demand include:

Obviously, positions in IT require more specialization, yet positions in science that use mathematical computing programs such as Python, don’t need them on a daily basis.

Acquiring such knowledge used to land squarely in the environs of higher education. Now we know that while tech’s current most in demand job of data scientist usually requires an advanced degree in math and physics, programmers don’t need a computer science degree to succeed.

MIT just launched a pilot program in New Hampshire called Coding Across the Curriculum “TeachCode Academy” aimed at local NH teachers to learn how to teach code in effort to implement computer science into the curriculum. And the proliferation of coding bootcamps is making coding skills more attainable for enterprising job seekers.

Burning Glass researchers found that most (89%) of coding jobs require a bachelor’s degree, as compared to 44% of all career-track jobs. For those with neither a bachelor’s or a coding school certification, short-term credentials can be parlayed into roles such as computer user support (ie: help desk), engineering technicians, and drafters. All of these are options with considerable demand, the researchers say.

We are 100% sure and very confident based on the quality of our team, that you have met the best hands. We train on programming with broad applicability. You can choose from the list below: