What is 5G? The next-generation network explained 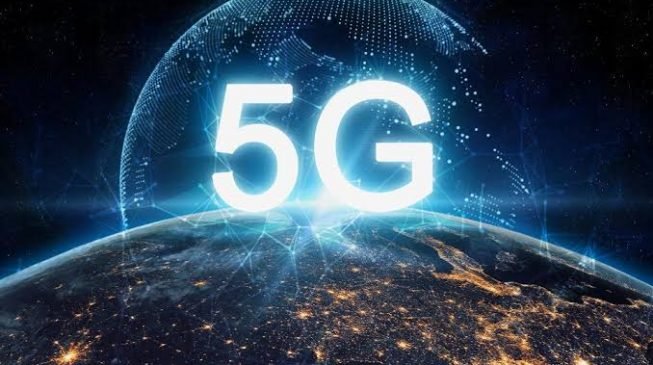 What is 5G? The next-generation network explained

It’s been nearly a decade in the making, but 5G is finally becoming a reality. Carriers started rolling out fixed 5G to select cities a few years ago, and mobile 5G has already made appearances in cities around the country, with a much more comprehensive rollout expected this year.

Yet it may seem as though there are more questions about 5G than there are answers. Some wonder where 5G is available, and if they’ll ever see it in their city; others are more interested in which 5G smartphone they should buy (here’s a few ideas). And of course, there is the debate about which carrier will have the best 5G service.

You have questions, we have answers. Here’s everything you need to know about 5G.

Before we explain how 5G works, it’s probably a good idea to explain what 5G is. There are a lot of specifics, which we talk about later in this post, but here’s a quick primer.

5G is the next generation of mobile broadband that will eventually replace, or at least augment, your 4G LTE connection. With 5G, you’ll see exponentially faster download and upload speeds. Latency, or the time it takes devices to communicate with wireless networks, will also drastically decrease.

How does 5G work?

Now that we know what 5G is, it’s a good idea to understand how it works, since it’s different from traditional 4G LTE. First, let’s talk spectrum. 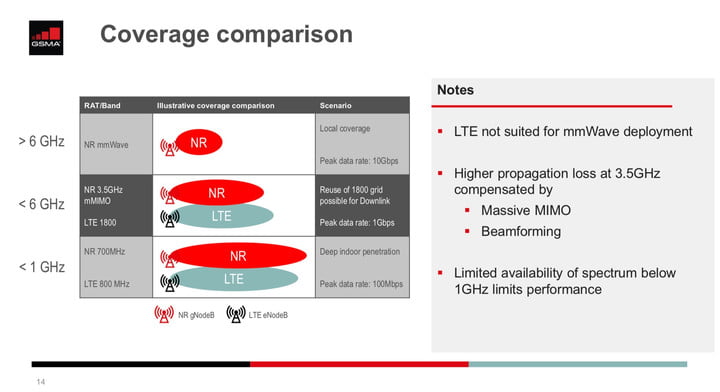 Unlike LTE, 5G operates on three different spectrum bands. While this may not seem important, it will have a dramatic effect on your everyday use.

Low-band spectrum can also be described as a sub-1GHz spectrum. It’s the primary band used by carriers in the U.S. for LTE, and bandwidth is nearly depleted. While low-band spectrum offers great coverage area and wall penetration, there is a big drawback: Peak data speeds will top out around 100Mbps.

T-Mobile is the key player when it comes to low-band spectrum. The carrier picked up a massive amount of 600MHz spectrum at a Federal Communications Commission (FCC) auction in 2017 and is using it to quickly build out its nationwide 5G network.

Sprint has the majority of unused mid-band spectrum in the U.S. The carrier is using Massive MIMO to improve penetration and coverage area on the mid-band. Massive MIMO groups multiple antennas onto a single box, and at a single cell tower, to create multiple simultaneous beams to different users. Sprint will also use Beamforming to bolster 5G service on the mid-band. This sends a single focused signal to every user in the cell, and systems using it to monitor each user to make sure they have a consistent signal.

High-band spectrum is what delivers the highest performance for 5G, but with major weaknesses. It is often referred to as mmWave. High-band spectrum can offer peak speeds up to 10Gbps and has extremely low latency. The main drawback of high-band is that it has low coverage area and building penetration is poor.

AT&T, T-Mobile, and Verizon are all rolling out high-band spectrum. 5G coverage for the carriers will piggyback off LTE while they work to build out nationwide networks. Since high-band spectrum sacrifices building penetration and coverage area for high speed, it will rely on many small cells. These are low-power base stations that cover small geographic areas and can be combined with beamforming to bolster coverage.

The International Telecommunication Union (ITU) is a specialized agency at the United Nations that develops technical standards for communication technologies, and it sets the rules for radio spectrum usage and telecommunications interoperability. In 2012, the ITU created a program called “IMT for 2020 and beyond” (IMT-2020) to research and establish minimum requirements for 5G. After years of work, the agency created a draft report with 13 minimum requirements for 5G in 2017.

Once the ITU set the minimum requirements for 5G, the 3rd Generation Partnership Project (3GPP), a collaboration of telecommunications standards organizations, began work on creating standards for 5G. In December 2017, 3GPP completed its non-standalone (NSA) specifications, and in June 2018 it followed up with its stand-alone specifications (SA).

Both NSA and SA standards share the same specifications, but NSA uses existing LTE networks for rollout while SA will use a next-generation core network. Carriers are starting with the NSA specification, which means you will fall back on 4G LTE in a non-5G environment.

The standards set by 3GPP closely correspond with IMT-2020 performance targets and are somewhat complex, but here’s a general rundown:

The shift to 5G will undoubtedly change the way we interact with technology on a day-to-day basis, but it’s also an absolute necessity if we want to continue using mobile broadband.

Carriers are running out of LTE capacity in many major metropolitan areas. In some cities, users are already experiencing slowdowns during busy times of the day. 5G adds huge amounts of spectrum in bands that haven’t been used for commercial broadband traffic.

Expect to see autonomous vehicles rise at the same rate that 5G is deployed across the U.S. In the future, your vehicle will communicate with other vehicles on the road, provide information to other cars about road conditions, and offer performance information to drivers and automakers. If a car brakes quickly up ahead, yours may learn about it immediately and preemptively brake as well, preventing a collision. This kind of vehicle-to-vehicle communication could ultimately save thousands of lives.

Since 5G has remarkably low latency, remote control of heavy machinery will become a reality. While the primary aim is to reduce risk in hazardous environments, it will also allow technicians with specialized skills to control machinery from anywhere in the world.

The ultra-reliable low latency communications (URLLC) component of 5G could fundamentally change health care. Since URLLC reduces 5G latency even further than what you’ll see with enhanced mobile broadband, a world of new possibilities opens up. Expect to see improvements in telemedicine, remote recovery, and physical therapy via AR, precision surgery, and even remote surgery in the coming years.