Don’t Put Up With A Slow Pc, Fix It Yourself. 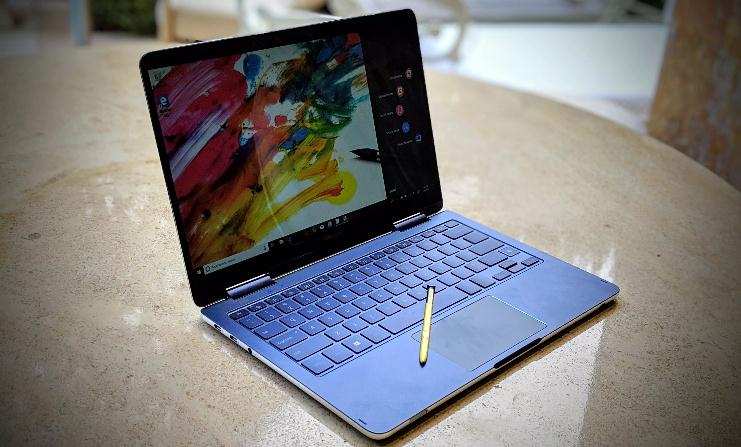 Don’t Put Up With A Slow Pc, Fix It Yourself.

Trying to get work done on a computer that keeps slowing to a crawl is annoying and frustrating, but it doesn’t have to be that way. Whether your PC is taking forever to boot up or keeps freezing on you, stop living with a slow computer. Instead of running out and paying a technician, or bugging your tech support relative to help fix your computer (we all have one, right?), there are a few things you can try yourself.

Who knows, you may end up fixing your computer and learning a thing or two along the way. Just don’t tell everyone, or you’ll become the tech support relative.

Below, you’ll learn how to troubleshoot your slow PC using Task Manager and how to limit the number of apps that open at startup, and we’ll cover some of the tried-and-true fixes.

Task Manager is your best friend 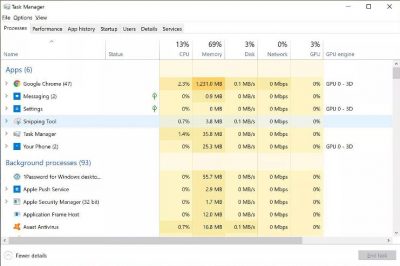 Think of Task Manager as a window into your PC’s health. The app gives you insight into what’s taxing the processor, how much memory something is taking up and even how much network data a program has used.

An easy way to open Task Manager is to right-click on the Task bar and select Task Manager from the list of options.

Task Manager’s default view doesn’t show a lot of information beyond which apps are currently running (handy if you already know if you want to close one out), so after opening the app, click on More Details in the bottom left corner.

By default, the list is broken down into Apps and Background Processes. It’s refreshed constantly, with the various columns constantly updating. My advice is to let Task Manager run for a few minutes and just watch it. Watch for apps that shoot up to the top of the list, then disappear a few seconds later. Look for processes that stay at the top of the list with high memory or CPU use. You can Google names to find out more about a process.

To close an app or process that you feel may be partly responsible for slow performance, click on it and then End Task.

Common reasons for a slow PC

There are far too many apps and services to create a succinct list of what’s likely slowing down a PC, but that doesn’t mean there aren’t likely culprits.

Instead of letting your antivirus program scan whenever it sees fit, schedule it to run at times when you’re not likely to be using your PC, such as overnight or while you’re at work.

Too many startup apps

If your PC is taking forever to boot up, then you probably have far too many apps trying to run at startup. You can edit the list of apps and services that begin running when you log in to your computer by opening Task Manager and clicking on the Startup tab.

Go through the list and remove anything that you don’t need to have loaded and ready the moment your PC turns on by clicking the app name followed by Disable.

Your web browser could be the culprit, especially if you’ve lost count of the number of windows and tabs you have open. Each window and tab takes up memory and processing power, and over time that will begin to slow down your PC.

You can view a breakdown of extensions and tabs that could be to blame in Task Manager by clicking on the arrow next to your browser’s name. Alternatively, if you use Chrome, it has a built-in task manager of its own. Launch it by pressing Shift+Esc while using Chrome, or click on the menu button > More Tools > Task manager.

If you find that your browser is often causing your PC to slow to a crawl, try a different browser or become more aware of how many tabs or windows you have open at a given time.

There’s a wide range of methods available to troubleshoot and speed up your PC. Below are some steps to take that should, at the very least, temporarily speed up your slow computer:

If none of the above suggestions speeds up your computer to a level that you’re happy with, you can try reducing animations, changing themes and toggling other Windows 10-specific settings.