Women in Tech: “Join meetups and other women tech groups At MEL-Technologies” 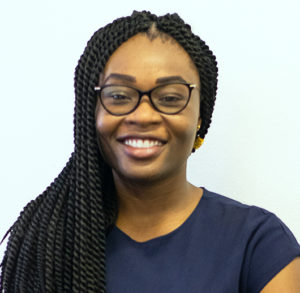 Women in Tech: “Join meetups and other women tech groups At MEL-Technologies”

Women are underrepresented in the tech sector —myth or reality? Three years ago, we launched a diversity series aimed at bringing the most inspirational and powerful women in the tech scene to your attention. Today, we’d like you to meet Deborah Dormah Kanubala, co-founder of Women Promoting Science to the Younger Generation.

A research study by The National Center for Women & Information Technology showed that “gender diversity has specific benefits in technology settings,” which could explain why tech companies have started to invest in initiatives that aim to boost the number of female applicants, recruit them in a more effective way, retain them for longer, and give them the opportunity to advance. But is it enough?

Three years ago, we launched a diversity series aimed at bringing the most inspirational and powerful women in the tech scene to your attention. Today, we’d like you to meet Deborah Dormah Kanubala, co-founder of Women Promoting Science to the Younger Generation.

Ms. Kanubala holds a master’s degree in Mathematical Science with a specialization in Big Data

and financial mathematics. She is currently enrolled in the African Masters in Machine Intelligence program in Ghana. Her research interest is in the applications of machine learning algorithms in the development of robust credit scoring models and computer vision.

Ms. Kanubala holds a firm belief that one learns better as you teach others, and as such, she has a YouTube channel where she teaches machine learning enthusiasts more about the subject. Ms. Kanubala is a proficient user of Python for machine learning. Aside from this, she is the co-founder of a non-profit organization called Women Promoting Science to the Younger Generation. She is a recipient of several awards and grants including the Mastercard Foundation scholars grant, Alumnode grant from Germany and MIT Prize and Google awards during Indaba in Kenya and Indabax Ghana respectively. Ms. Kanubala was also voted among the 20 Most Influential People in Northern Ghana, STEM Category. She envisions a future where people will be assessed based on their skill set rather than their gender.

I developed my interest in tech during my master’s degree program in the African Institute for Mathematical Sciences, Senegal. Though I used technology often, I saw myself more as a user of technology rather than one who contributes to creating technology.

So, during my master’s program, I got introduced to Python programming and Java. It was during this time I began exploring more about technology and developed an interest in it. What fascinates me about it is that once you are able to think of a complex problem, you can put it down in just a few lines of codes and it does the magic. Honestly, having my code run is what brings me so much satisfaction.

How did you end up in your career path?

I hail from the Northern part of Ghana which happens to be one of the regions that lag behind the rest of the country and world in general terms of education and ICT in particular. This situation is impeding the development in the area and further marginalizing an area that is already poor and underdeveloped.

Particularly, women always remain isolated down the ladder of education. In the instance where women get the opportunity to be educated, they are often encouraged to pursue non-STEM programs. For some reason, there seems to be a myth that mathematics and physical science is the right career path for men. This situation I believe is not only predominant where I come from but also in other parts of Africa and the world at large.

For a long time, I, like most other women, fell victim to this flawed mindset until I took a course in algebra at Junior High School. Concepts of mathematics became clearer to me and this widely held myth was broken to me. My journey in STEM is therefore influenced largely by my background and a general determination not just to attain my personal professional development of being an influential professional in the field but also to generate grassroots momentum in STEM ultimately leading to the overall progression of my locality and Africa in general.

I am particularly keen on girls’ and women’s development as I believe that their development will result in the holistic development of society and humanity.

My mum is a strong, focused, and resilient woman, her strong passion and drive in seeing her children make it in life is what she yearns for.

Did you receive support from your family and friends? Do you have a role model?

A lot and I still do. During my master’s program at AIMS Senegal, I was on the verge of giving up at some point, but my mum encouraged me a lot. I attribute my ability to complete my first master’s degree to her and I see her as my role model.

My mum is a strong, focused, and resilient woman, her strong passion and drive in seeing her children make it in life is what she yearns for. She is an epitome of care and love and I look up to her.

Did someone ever try to stop you from learning and advancing in your professional life?

No, at least not any I remember for now.

A day in Deborah’s life

As I am currently pursuing a second master’s degree in machine intelligence, I spend 6- 8 hours following lectures and doing labs and tutorials. With my interest in machine learning in finance, I spend a considerable amount of time reading papers in this field and I am currently reading a paper on “A study of prediction loan default based on the random forest algorithm” by Lin Zhu et al.

Additionally, I have a YouTube channel on machine learning and it’s still very new,  so I spend time on structuring content for it. Aside from these, I also engage with other meetings with my co-founders on possible projects which the association I co-founded (Women Promoting Science to the Younger Generation) could engage in.

What are you most proud of in your career?

I feel fulfilled when my work impacts positively in the lives of others and so most of the things I am most proud of in my career are in relation to things that have positively influenced the lives of others. Notably, being the co-founder of Women Promoting Science to the Younger Generation. This is an association that seeks to ignite the interest in mathematics and science among the generation.

Through this association, we have successfully organized outreach programs targeted at high school students. Additionally, leading my team to win a project grant to organize a conference on breaking the STEM gap in rural Africa. The conference was targeted at high school students in the Northern region of Ghana and these students had the opportunity to be mentored by top scientists and mathematicians in the region.

These achievements so far bring me joy and encourage me to work harder as my work tends not to benefit me but a wider audience.

Why aren’t there more women in tech?

Generally, women tend to feel intimidated and scared to dominate the tech industry because it is presumed it is not a field for women. The few women who break the odds and fill these spaces are sometimes described as “hard women” in our communities. These misconceptions have left some women who could have done really great in tech rather opt to pursue other careers.

Also, most of the tech companies are usually led by men and there are very few women to look up to as role models.

Could you name a few challenges (or obstacles) women in tech face?

Whereas much progress has been made over the years in attaining gender parity in society, it is still very much disheartening that in this day and age, women like me still have to undergo the age-old gender stereotyping of those generations before I faced it. It is particularly troubling that my feminine features and appearance still prefix my academic and professional progress when I am being complemented by the opposite sex.

It is very demoralizing to me that my professional achievements are complemented with comments such as “beautiful lady” and “nice looks”, etc. rather than my intellectual capability. This viewpoint surprisingly is transmitted to how my professional delivery is received. It is my hope that in my lifetime, scientists and mathematicians will be celebrated for their intellect and not their looks.

I am of the view that things are gradually changing and I hope, in the next decade, women will not be judged based on their gender but based on their ability to deliver.

Would our world be different if more women worked in STEM?

Generally, women represent more than 50% of the population and out of the few percentages of women who actually get educated less than a quarter of these women go into tech. This actually means that a sizable chunk of the human resources remains untapped. Having more women to work in STEM will mean more of the human resources will be put to use. Also, more women in STEM will also bring in a different perspective, therefore, increasing the progress of our economies.

The discussion about diversity is gaining momentum. How long will it take to see results from the current debate?

I am of the view that things are gradually changing and I hope, in the next decade, women will not be judged based on their gender but based on their ability to deliver.

What advice (and tips) would you give to women who want a tech career?

In succeeding and becoming an expert in anything, you need constant and continuous practice. There is absolutely nothing like an ‘‘overnight success‘‘. It may get frustrating over time especially when you are a beginner and sometimes you may feel like you are in the wrong field, don‘t give up. Join meetups and other women tech groups and share your experience with them.

Talk to other women in tech as much as possible and I believe that a problem shared is a problem half solved.

BEGIN YOUR TECH JOURNEY NOW! Fill the form below: