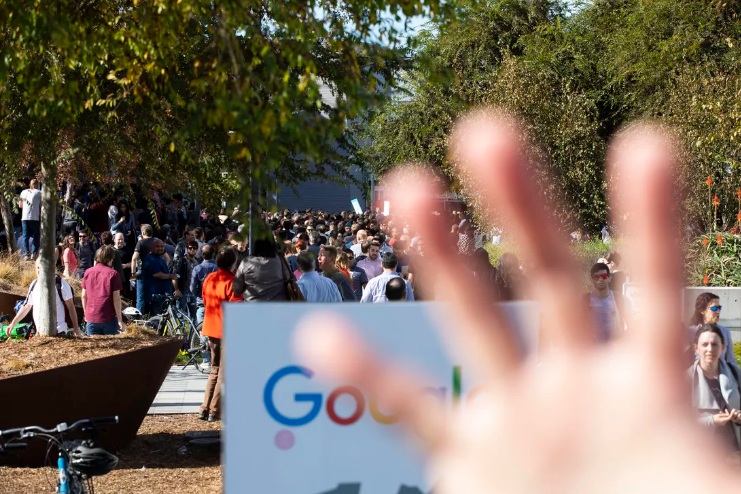 A Google AI researcher who was among the leaders of last November’s “unprecedented” walkout has left the company, Google confirmed via email. Meredith Whittaker’s departure, previously reported by Bloomberg, follows fellow organizer Claire Stapleton leaving in June. Both alleged that the search giant retaliated against them in the wake of the protests.

The 2018 protests saw 20,000 Google employees walk out of the company’s offices globally to protest how it handled sexual assault allegations directed at key executives.

“Today is @mer__edith’s final day at Google. Watching her experience as a whistleblower at Google and a victim of retaliation cannot signal good things for how AI institutions will react to negative criticism. #NotOkGoogle,” Google software engineer Chris Lu tweeted Monday.

“The reasons I’m leaving aren’t a mystery. I’m committed to the AI Now Institute, to my AI ethics work, and to organizing for an accountable tech industry — and it’s clear Google isn’t a place where I can continue this work,” she wrote. “This has been hard to accept, since this work urgently needs doing.”

Whittaker added that the way Google uses the vast power it has amassed in the AI space is “one of the most urgent social and political (and yes, technical) questions of our time.”

“Addressing these problems, and making sure AI is just, accountable, and safe, will require serious structural change to how technology is developed and how tech corporations are run,” she wrote. Some of the changes she suggests include unionizing, protecting whistleblowers and conscientious objectors, demanding to know what you’re working on and how it’s going to be used, and building solidarity with people beyond those in your company.

Whittaker led Google’s Open Research program and co-founded New York University’s AI Now Institute. She alleged that Google asked her to give up the latter role in March after the company disbanded its AI ethics board amid controversy over one of its members.

Google workers haven’t been shy about speaking out against their employer. They’ve also protested its military contracts, work in China and the treatment of temporary workers and contractors.